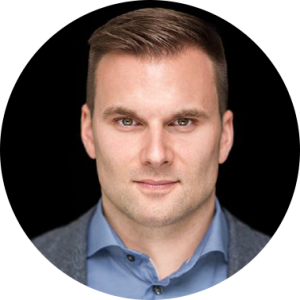 A revolution based on the exemplary management of growth, human resources and business opportunities. The company mantra? Be a marathoner and not a sprinter! The most important thing is to always evaluate the number of kilometres travelled (distance), not the speed (gain).

Maxime’s family thrives on entrepreneurship! His father, Maurice, had his own sign company, and has been a very valuable mentor in the growth of Zone Enseignes + Éclairage.

In 2016, once the business was launched and embracing new technologies, it acquired the Laval Arts and Letters company, which also operated in the same industry sector. Zone Enseignes + Éclairage then grew from 5 to 7 to 20 employees, many of whom had more than 15 years of experience. Faced with many challenges, especially those involving a company merger, Maxime rallied his troops by working according to a strategic vision and a common implementation plan. If Zone Enseignes + Éclairage is recognized today as an industry leader, it is undoubtedly because its history lies with people who have built business relationships over time that are based on reliability and trust.
How was Zone Enseigne + Éclairage able to succeed in its venture and stay the course? Thanks to discipline, determination and a flawless structure! Today, Zone Enseignes + Éclairage is a leader in its field!

« Our dynamism and innovative vision were often highlighted and allowed us to reach the level of excellence that defines us today », says Maxime Lacroix.

In 2018, as proof of its success, Zones Enseignes + Éclairage received the « Investment of the Year » prize, awarded by the Thérèse-De Blainville Chamber of Commerce.

Zone Enseignes + Éclairage works to build business relationships based on trust over the long term.

Zone Enseignes + Éclairage services are available throughout Canada and the United States.

2008 — Maxime Lacroix starts his company and invests in a client search, as well as in modernization to broaden his field of expertise.

2016 — Zone Enseignes + Éclairage acquires the Laval Arts and Letters company, operating in the same area of industry activity. The company grows from 5 to 12 employees, some of whom have more than 15 years of experience.

2018 — Zone Enseignes + Éclairage wins the « Investment of the Year » award at the Stellar Gala hosted by the Thérèse-De Blainville Chamber of Commerce and Industry (CCITB). With the construction of its recent plant, the company triples its production area and creates 10 new jobs, bringing the total number of employees to 22.

2020 – Zone Enseignes + Eclairage expands its facilities and benefits from 40,000 square feet to carry out its operations and growth activities.

The company is now recognized as a benchmark in the sign and lighting market. Its growth is just beginning and the owner has big plans for future development!

A forward-thinking vision/A vision for the future

To find ways to surpass our ambitions.

Offer the best products on the market and impeccable service.

An honourable course of action/game plan

Build a flawless image, respect commitments and constantly exceed the expectations of every client.

Unparalleled production capacity and expertise in Québec, thanks to a state-of-the-art plant that combines all of the company’s operations, from design to manufacturing.

A fleet of trucks owned and operated by the company.

A reputable and professional installation, maintenance, service and repair team. Zone Enseigne + Éclairage provides complete and comprehensive control, from the beginning to the end of the mandate, as well as throughout the life of its signs.